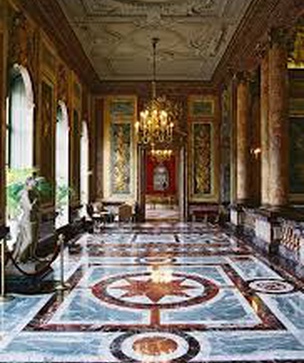 As of September 1, 2018, the law will come into force and you, as a testator, will have greater autonomy over your estate.

Since the amendment of the law has consequences for the reservate heirs who see their reserves shrink, you can, however, opt to have all donations made before September 1, 2018 fall under the "old" inheritance law.

A testator can only dispose of his estate up to the available amount. This available part was: if the testator had 1 child, this was half of the estate, with 2 children this was 1 / 3rd and finally with 3 children or more 1 / 4th.

The new law states that from 1 September 2018, the testator may dispose of half of his estate, regardless of the number of children. So they see their reserves shrink.

The livelihood will be awarded:

In order to reestablish the estate, the donations (during the testator's lifetime) are added to the assets present at the time of death.

Given the enormous increase in value of the real estate, this could have serious consequences. Also great unjust consequences.

This reasoning also had a major impact for shares. If the shares of a company were donated in year X to 1 of the children, who makes the company flourish through his efforts, the added value resulting from this was also charged as donated. The others could thus “enjoy” the efforts in this way.

This will be remedied with the new law. Only the value at the time of the gift, increased by the index adjustment up to the date of death, will be contributed.

This does not apply to gifts subject to usufruct. In that case, the value at the time of death applies.

Suppose you donated a house to one of your children during your life as an advance on the inheritance, then this house had to be contributed in kind. If no equal division into lots was possible, then the house had to be sold, as a result of which the endowed person often lost his house due to lack of possibilities to purchase.

The same was the rule with a donation outside part, except that the principle of shortening is applicable as soon as the reserve appears to be affected.

From 1.9.2018, donations (with right of disposal) made to heirs (usually the children) on the donor's death are taken into account on the basis of their value at the time of the donation, plus the increase in the index between these 2 moments.

All heirs must of course agree to this, otherwise a judicial division will be necessary.

Until now it has been impossible (apart from a number of exceptions) to conclude agreements with regard to an unfilled inheritance.

It is now possible for parents to sit with their children (and possibly grandchildren) and work out a global succession agreement.

Of course This offers a huge advantage, the concerns of the parents are taken care of and the children thus avoid a difficult, emotional and above all protracted inheritance case.

Sale with retention of usufruct (or under annuity, or surrender of capital) is therefore regarded as a donation, unless all other heirs in the deed agree to it.

Often this agreement was forced or not refused with gentle coercion for fear of showing a lack of respect.

This was then final and could no longer be revised.

Now this is seen as an inheritance agreement or family pact, which is now possible with the new law and is also encouraged. If this has to do with 1 particular good and it is not a donation, then this does not have to be a notarial deed (Article 1100 / 1§4 BW). In other cases, it has to be a notarial deed.

An inheritance agreement can also contain a global arrangement for the division of the estate    with the children and even with the grandchildren and / or stepchildren.

This must all be done by notarial deed and a draft must first be drawn up, which must be submitted to all involved parties (future heirs) including a waiting period.

Signing deeds, with a scope which is only realized after the death of the parents, will therefore be less likely to occur.

Once drawn up, this is entered in the central register for wills.

Anyone who would have renounced certain rights in such an agreement (such as the right to contribution or right to curtailment) also has the option to revoke this renunciation due to improper behavior (such as gross insults) of the beneficiary, but must be done within the year after those facts.

This therefore requires less than the disinheritance via “unworthiness” (a legal concept with a fairly heavy interpretation).

With donations It is possible to make arrangements about the value of the real estate.

With a gift to 1 child, the other children can therefore be involved about the estimation of the value (so that later no discussion could arise and it will be this value that will be indexed).

Please note, there was a transition period.

The new rules normally applied all estates that become open from 1 September 2018, i.e. deaths after that date.

There are some exceptions with regard to the surviving spouses and heirs, but the changes normally take effect from that date, unless an explicit statement is made to the notary within a period of 1 year after the publication of the law stating that the old rules concerning the contribution of the estate will apply.